Sometimes, impossible is just a phase.

The story behind the first car climbing a wall in Austria with the new Audi e-tron. What do you find impossible at this moment? Picture this: you look at a tall building, more than 20 floors high. Imagine it’s slightly inclined, like the Pisa Tower if you like. Let’s say we have an 85-degree inclination. Now let’s add a lot of ice to this building. Do you think it's possible to slide down your skis on this building? Well, there is such a ski slope in Austria and many skiers try their chances every year. But what if someone tells you they want to climb up the slope driving an electric SUV? Yes, someone actually achieved that. His name is Mattias Ekström and he became a legend this February as the first rally driver to climb an 80 meters ski slope inclined to 85 degrees while driving an Audi e-tron. How did he manage to do this?

Hahnenkamm World Cup Races is one of the most dangerous ski competitions in the world. The best skiers try their luck each year in Austria on a route in the city of Kitzbühel. The route has a specific extra dangerous section, called Mausefalle, an 80 meters ski slope inclined to 85 degrees. When skiing on such a surface you reach the maximum speed. One should be considered lucky to arrive at the base safe and sound. Aksel Lund Svindal is a Norwegian skier who managed to do this successfully many times.

Mattias Ekström on the other hand is a rally pilot who tried to do lots of other crazy things. Let’s see how these two athletes are connected. Audi is the main sponsor of Hahnenkamm World Cup Races for more than 20 years. This year, the German brand launched e-tron, its first electric SUV. The engineers who built this car were boasting that e-tron is the best combination of safety, power, and efficiency.

They were confident that e-tron is much better than any other vehicle with quattro technology. It has quattro and electric engines. What can top this? The electric engines give an SUV a better balance and a great torque. But what is the best way to prove this?

Climbing Mausefalle from the base by driving such a car might sound impossible. But rally driver Mattias Ekstrom was up for it. Of course, engineers adapted the car for this endeavour. They added a rear engine to boost power and fitted larger tires with spikes. Everything to keep Mattias Ekström safe.

On a freezing day in February, the ski champion Aksel Lund Svindal introduced Mattias to the slope. They both climbed it on foot, which was a challenge in itself.

“When I heard about the project my first comment was: It can’t be possible. But then you see the traction with the spikes, the power that an electric car can have… If there’s enough grip it’s going to work”, says Aksel Lund Svindal. “Having this prototype car with tires with spikes and everything was like having all the ingredients. It is like you (Aksel Lund Svindal) are going down in control I think we have all the ingredients for going up in control, but still I am a little bit nervous”, responds Matthias.

Mattias managed to climb the slope by driving an e-tron from his first try. This Rally Champion, twice DTM champion, said at the end of the experiment: "Climbing a ramp with an 85-degree inclination sounds impossible at first. But even I was impressed by how this car is doing on difficult terrain."

Going back to the start: what do you find impossible at this moment? What would it take to make it possible now, or in ten years?

Audi e-tron, launched in Romania this May, is the firs electric SUV made by Audi. This full-size SUV combines sportiness and everyday practicality. Its two electric motors together with electric all-wheel drive provide for awesome performance and agile handling. The large high-voltage battery lays the foundation for a range of more than 400 kilometres in the WLTP driving cycle. In combination with a comprehensive range of charging options for home and on the move, customers can enjoy fully electric driving without having to compromise. 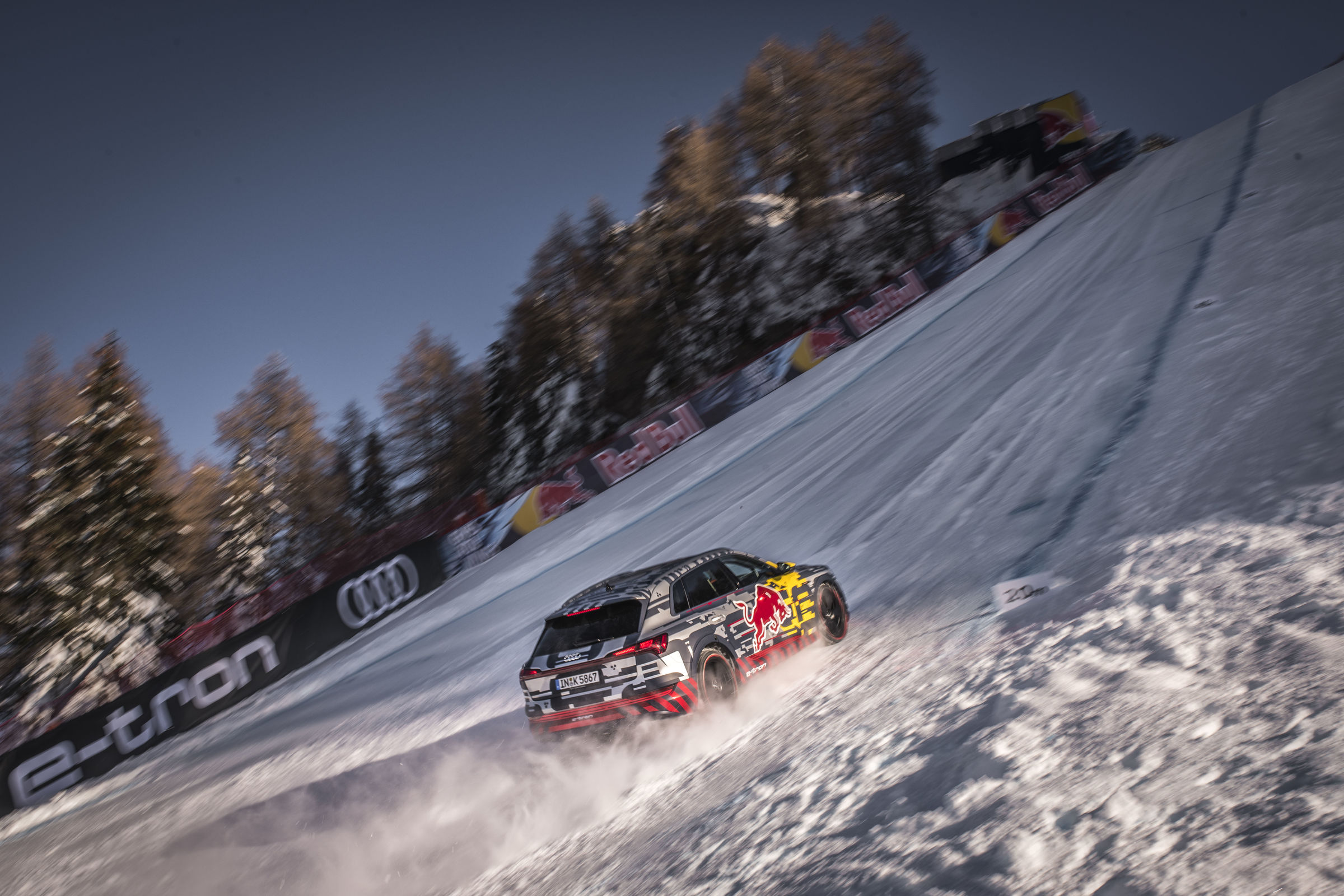 Becoming an Alumnus - The curse of the happy high school

Understanding the transition from student to alumnus. More... Graduating after 40 years of learning

Over the past year people have asked whether I will be retiring after leaving AISB; my answer is that I will be ‘gradu… More... WM asked Teacher Alumni, Andrea Ferris and Amy O’ Rourke to tell us about their time at AISB, how it impacted them and… More... Once a Vampire always a Vampire

I write this from a house  that I have shared exclusively and  constantly with my kids and husband  for the past 3 months, distance learning  … More... The Art of Traveling by Lara Pedrini

My father (who one year had taken over 220 flights) always told me that traveling extensively and staying in 5-star hotels while being treated like ro… More...